“Global Mobile Payment Methods 2019” is the title of a new publication from Germany-based secondary market research specialist yStats.com. According to the report’s findings, mobile payment adoption is on the rise worldwide, with the countries of Asia-Pacific outperforming the rest. Although concerns over security remain, the penetration rate of mobile payment users is projected to continue rapid growth through 2022.

More than one in three Internet users worldwide used mobile payments, according to a survey cited in the yStats.com report. Asia-Pacific is ahead with a +10 percentage point lead over the second rank. In China alone, over half a billion people make payments via mobile devices. The usage cases of Alipay, WeChat Pay and similar mobile payment services, include online shopping, settling utility bills, paying in restaurants and entertainment venues, in malls and convenience stores. Other countries in Asia-Pacific with a high mobile payment growth potential include India, Indonesia and Singapore. Furthermore, with the help of mobile and card-based payments, Australia is projected to become the region’s first cashless society by 2022. 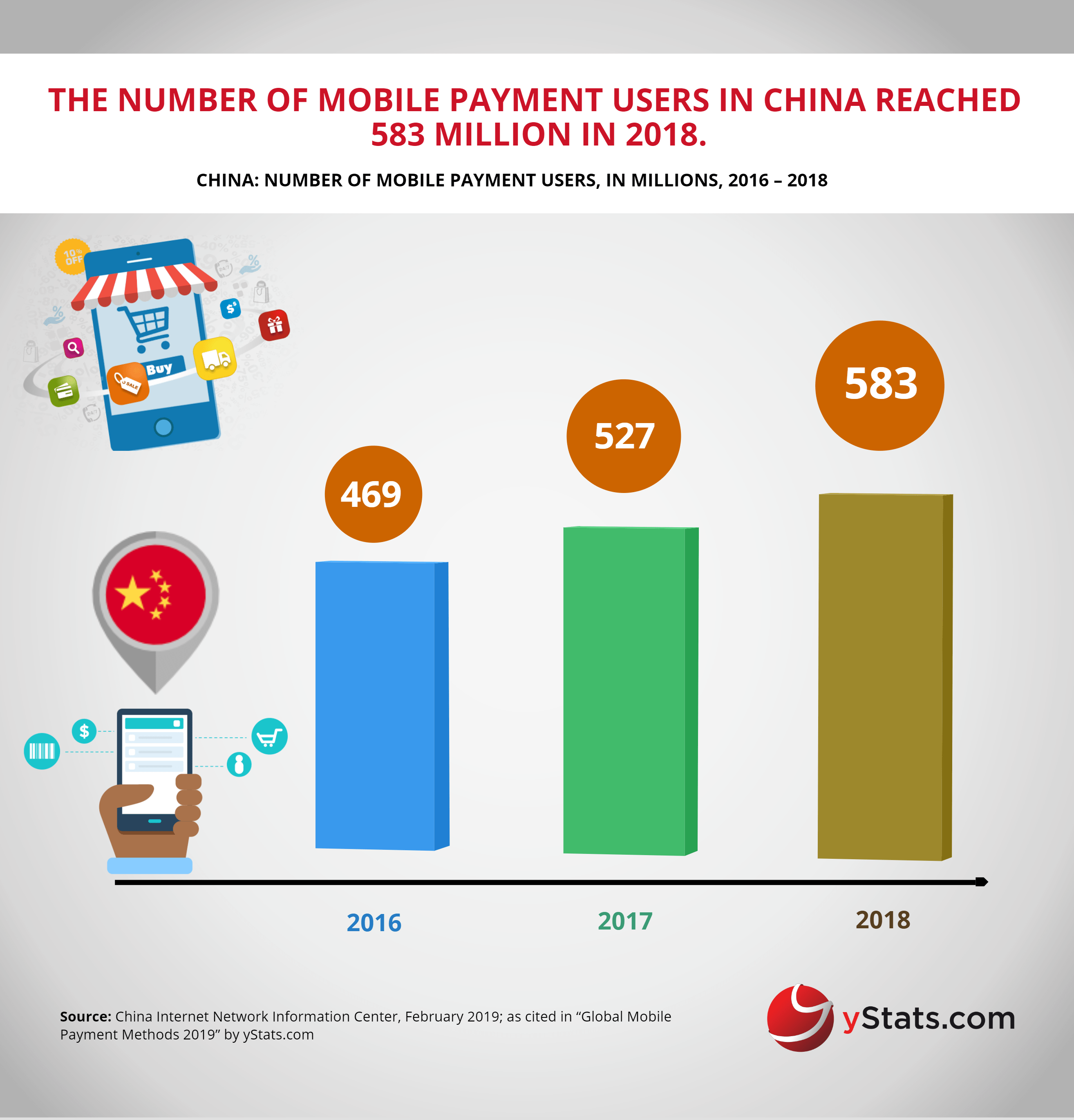 Other global regions are catching up in the mobile payment race

Latin America ranked second after the countries of Asia-Pacific, with regard to interest in mobile payments as of 2018, according to the yStats.com report. In Europe, mobile wallets such as Apple Pay and Google Pay already gained a single-digit percentage share of E-Commerce sales, and in the USA this figure was twice as high. In the Middle East and Africa, cash payments still dominate both digital and store-based shopping, but emerging mobile wallet and mobile money solutions are expected to gain a higher market share in the future, as consumer adoption rises.

Overall, the outlook for the global mobile payments market stays positive, despite consumers still having concerns over the security of such payment means. New fraud protection and authentication technologies based on biometrics are expected to help users overcome this fear. In a 2018 survey cited by yStats.com, two in three respondents said they would be willing to use biometric authentication to safeguard their payment details.