The B2C E-Commerce market in Asia-Pacific is the largest in the world, accounting for more than one-half of global online sales. Despite this vast size, Internet retail sales in Asia-Pacific remain on the growth path, driven by the untapped market potential in the countries of Southeast Asia and India, as well as the continuing expansion of the well-advanced digital markets in China and South Korea. By the end of 2019, online retail revenues in Asia-Pacific are projected to rise by around one-quarter, according to a forecast cited by yStats.com.

Asia-Pacific has three out of the world’s top five online retail markets. China is the E-Commerce sales leader, followed by Japan and South Korea. India, while lagging behind the three champions in terms of the market size, outpaces the rest by the growth rate, with sales to rise by more than 30% in 2019. Rapid growth rates are also expected in the countries of Southeast Asia, led by Indonesia, Vietnam and Thailand, according to the latest figures included in the yStats.com report. 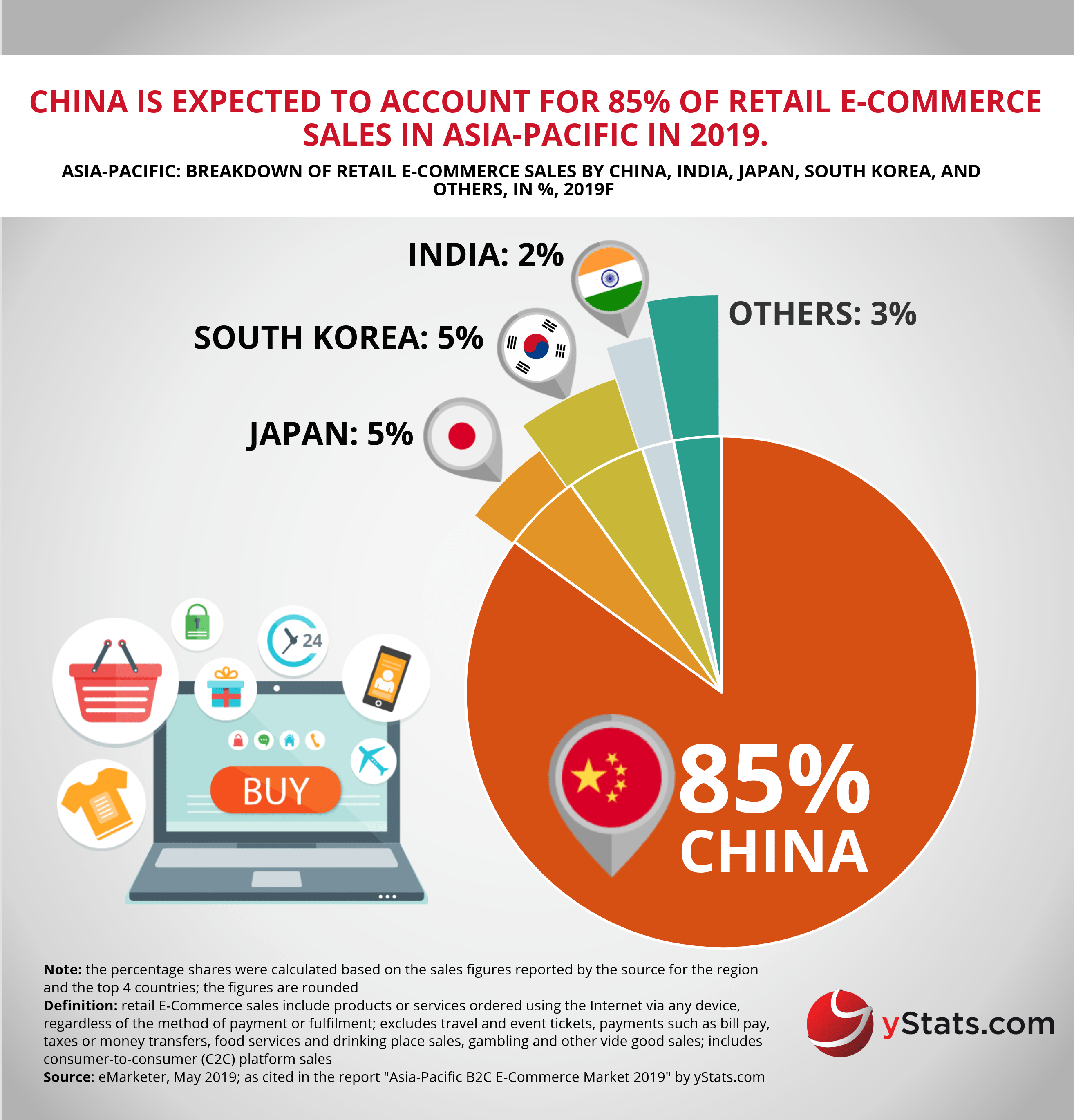 The B2C E-Commerce markets across Asia-Pacific are becoming increasingly mobile. In South Korea more than one-half of all online retail sales is generated through mobile apps and websites, and in China this figure is already at around three-quarters. Another major trend is the rise of social commerce. Consumers in Southeast Asia especially display a growing tendency to use social networks and messaging apps to shop online.

By far the largest E-Commerce companies in Asia-Pacific are China’s Alibaba Group and JD.com. The two companies have grown to become not only the biggest among the online pure-plays, but also the region’s top retailers overall, according to a ranking of the top 10 retailers included in the yStats.com report. US-based Amazon.com is another prominent player. Other major domestic and sub-regional forces include Rakuten in Japan, Coupang in South Korea, Flipkart in India, Lazada in Southeast Asia and Woolworths in Australia and New Zealand.