yStats.com, a leading secondary market research organization based in Hamburg, Germany, has published a new market report “BRIC B2C E-Commerce Markets 2017”. The report unveils the growth potential of the online retail markets in China, India, Russia and Brazil, citing a prediction that by 2025, the combined retail E-Commerce sales in these four countries will total over 2 trillion US dollars.

B2C E-Commerce continues to evolve in the BRIC group. Spurred by increased connectivity and consumers’ affinity to buying online, the combined online retail sales volume in the four markets is projected to top USD 2 trillion in 2025, according to a forecast cited in the yStats.com’s report. 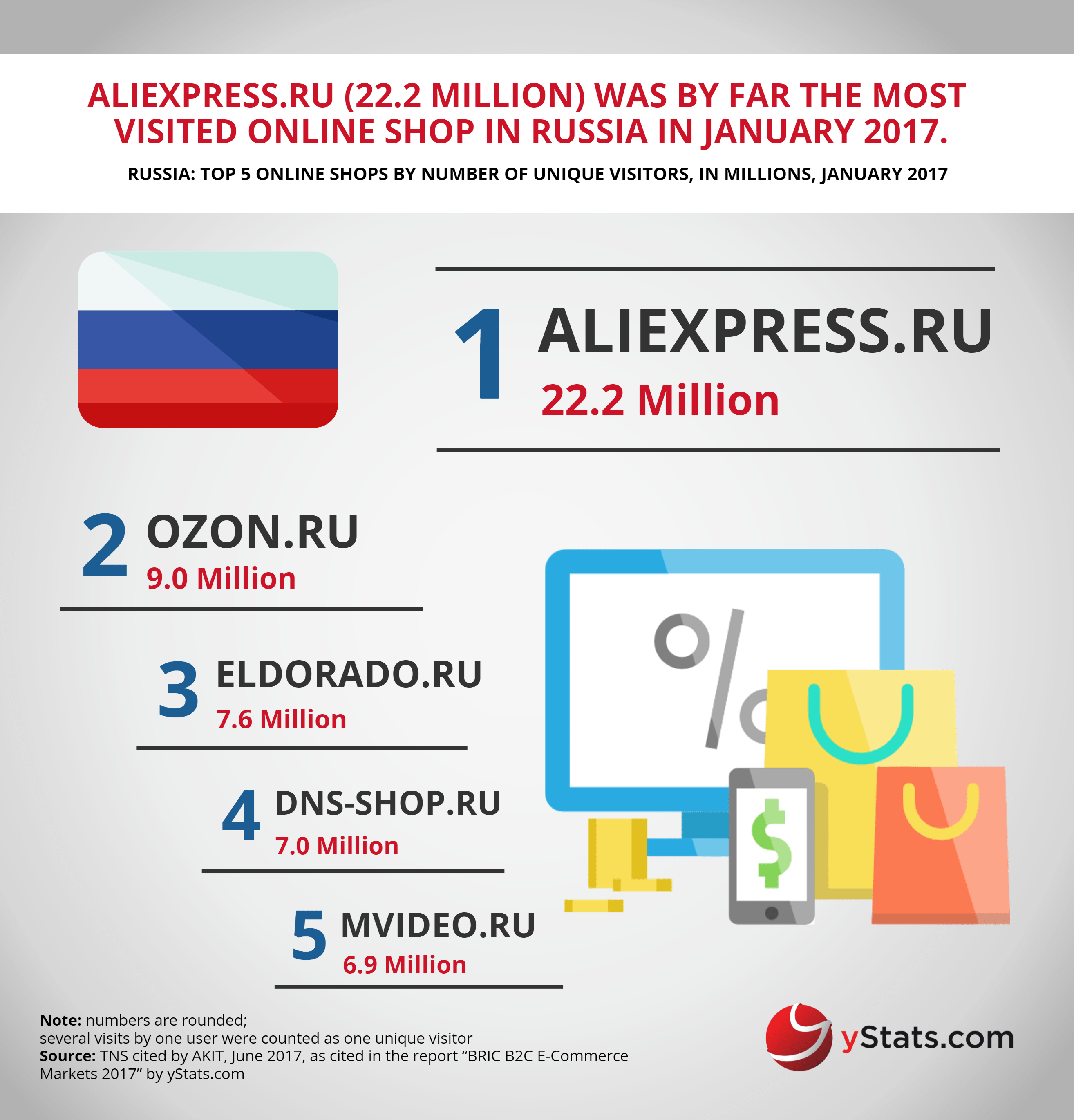 Mobile shopping apps are also gaining popularity in Russia, but as of 2016, M-Commerce sales were still a low double-digits share of total B2C E-Commerce turnover, according to market data cited in the yStats.com publication. Cross-border online shopping is a more significant top trend in Russia: China-based Aliexpress.com has become the top destination for online purchases. Overall, the growth of B2C E-Commerce in Russia is driven by young tech-savvy population groups, with more than half of online shoppers aged under 35 years old.

India is the fastest growing B2C E-Commerce market among the BRIC countries. Its stunning double-digit growth projection stands out even in fast expanding Asia-Pacific’s online retail. Besides improving Internet penetration among India’s vast population, another major growth driver is the shift from cash on delivery as the top payment method to the use of mobile wallets. Flipkart and Amazon are among the top competitors benefitting from India’s E-Commerce boom.

Finally, Brazil is projected to rank fourth among BRIC nations by E-Commerce sales in 2025. The growth of smartphone penetration in this country led to around one-quarter of online shopping orders being placed via mobile devices as of early 2017. Convenience and practicality of mobile shopping are the top reasons why online shoppers in Brazil buy via mobile. On the other hand, improvements in the delivery of physical goods are required as faster and cheaper shipping are listed as the top factors that would motivate Brazil’s consumers to buy more online.