From its headquarters in Hamburg, Germany, yStats.com, a leading secondary market research organization, reports on digital payment developments in the new publication “Latin America Online Payment Methods: Full Year 2016”. The report reveals that in line with the global trend, credit card is the leading payment method used by online shoppers in this region, though some intra-regional differences exist. Another discovery of the report concerns the high growth potential for mobile payments in Latin America.

Credit card is the leading payment method used by online shoppers worldwide and in Latin America, according to an international consumer survey cited in this new report by yStats.com. Debit card ranks second in popularity on the regional level, followed by digital payment systems like PayPal. Nevertheless, some important differences exist in online shoppers’ preferences in various countries. 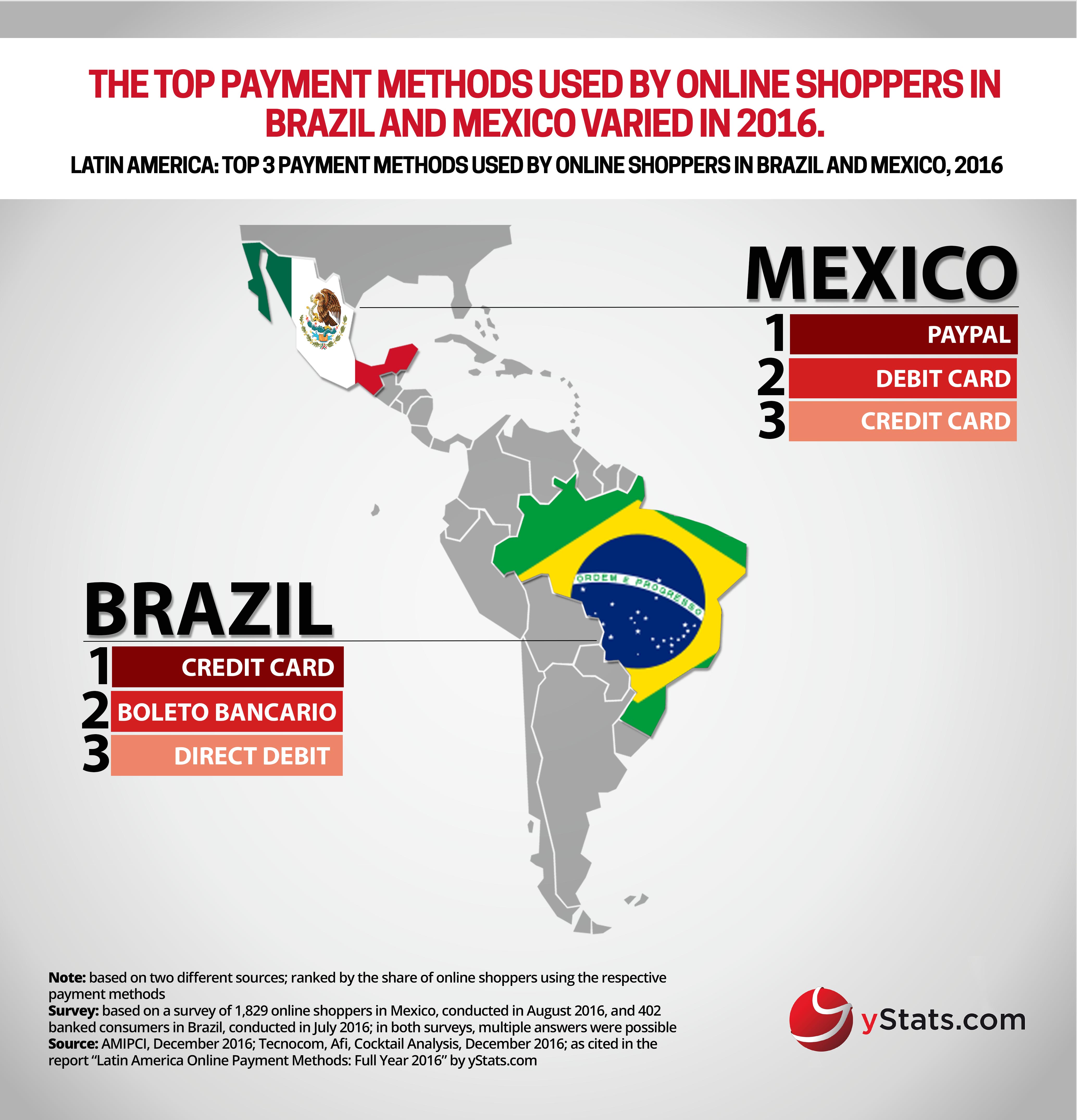 In Brazil, credit cards are used by nearly three-quarters of digital buyers. It is important to note that these are mostly domestic credit cards, accounting for around half of B2C E-Commerce sales in Brazil in 2015. Boleto Bancario ranked second in share and international credit card was third. Credit card was also the most used online payment method in Argentina. In both these countries, the popularity of credit card payments is supported by the possibility of paying in installments. Online retailers in Argentina who offer this payment option reported in 2015 that a major share of their sales was through payment in installments.

In Mexico, online shoppers have a different preference rank. A 2016 survey cited in yStats.com’s report indicated PayPal as the leading online payment method, followed by debit and then credit card. Both PayPal and debit card gained several percentage points in share of online shoppers between 2015 and 2016, while credit card lost a few. In Colombia, credit card is nose-to-nose with cash on delivery in a ranking of online payment methods.

Mobile payment usage in Latin America is nascent, but shows a strong potential, as yStats.com’s report reveals. In a recent global survey of Internet users, Latin America contributed the highest share of respondents who were looking forward to paying more via mobile. In Brazil and Mexico, more than three-quarters of consumers were interested in making mobile payments in-store. In 2016, Brazil was the first country in this region to roll out Samsung Pay and Starbuck’s mobile payment service.