A new publication titled “Global Online Payment Methods: Second Half 2017” has been released by international desk research company yStats.com, based in Hamburg, Germany. The report sheds light on how payment method preferences of online shoppers vary by country and region, summarizes the most important payment trends and cites a prediction that by 2021, digital wallets would overtake credit and debit cards in share of global E-Commerce sales.

The rise of alternative payment methods represents one of the top payment trends in global B2C E-Commerce. According to one projection cited in the yStats.com’s report, the share of credit and debit card payments in worldwide online sales could decline to less than one-quarter in four years’ time. E-Wallets, such as PayPal and Alipay, are expected to dominate online payments with a sales share of close to one-half by 2021. 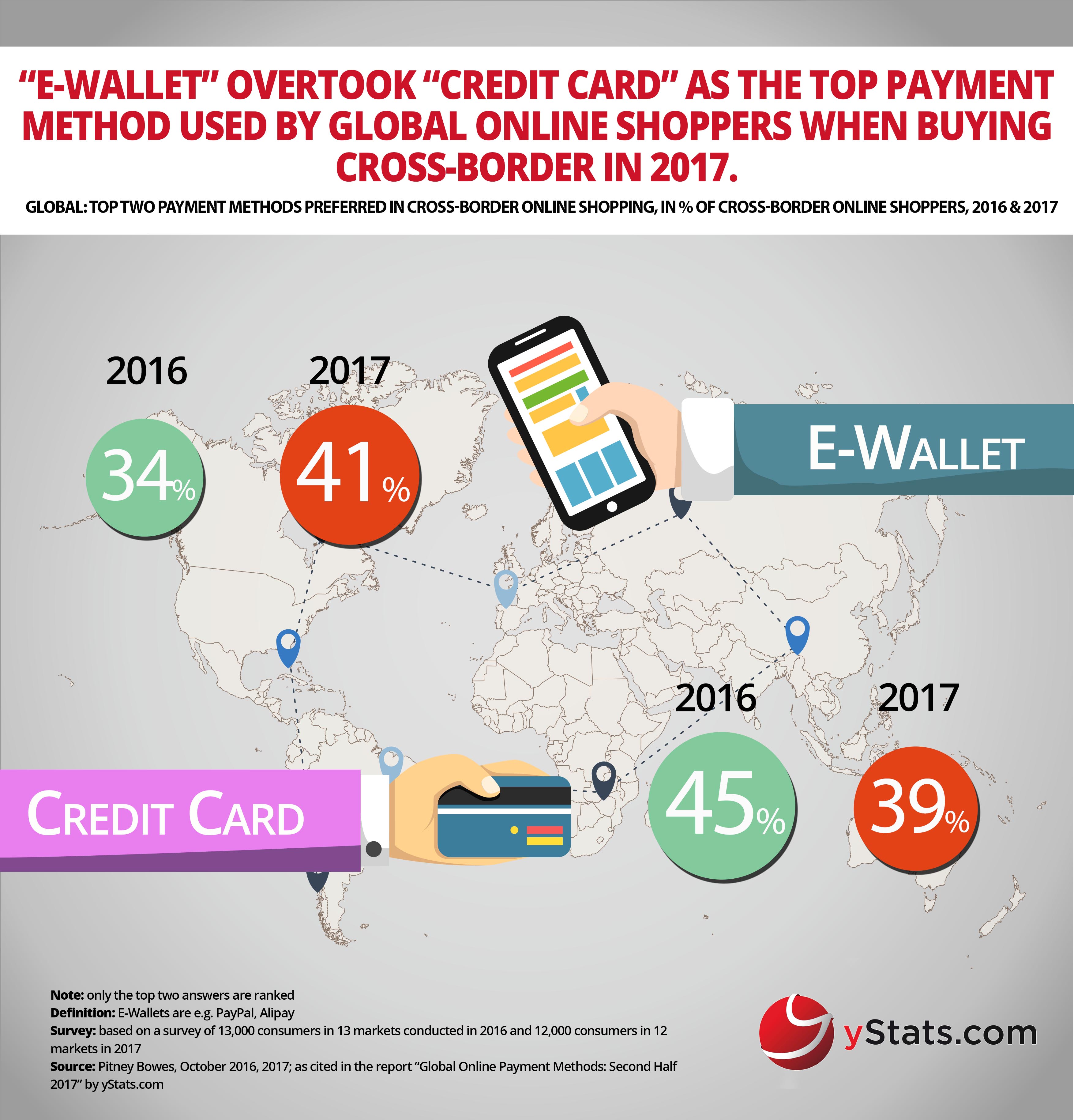 In China, the world’s largest E-Commerce market, online and mobile payments processed by third-party services count several trillions of U.S. dollars per year, and are still growing at double-digit rates for online and triple-digit rates for mobile payments. In Europe, digital wallet is the most preferred online payment method on a regional average, although in multiple countries such as France, Belgium and Sweden, payment cards remain in the lead. Also in the U.S. a higher share of online shoppers preferred to pay by filling out a standard credit card form than using a digital wallet such as PayPal, as of 2017.

Overall, the yStats.com report reveals that preferences of online shoppers with regard to payment methods vary by country. For example, many consumers in Brazil use local banking method Boleto, with this method ranking second only to credit cards. In Germany, more shoppers pay by PayPal or invoice than by credit card, while in Indonesia digital buyers would rather pay via ATM. In several countries of Eastern Europe and Middle East cash on delivery remains the top payment choice of online shoppers, as consumers are wary of online payment security or lack means to pay over the Internet.

Another finding of the yStats.com report is the growth of mobile payments worldwide. Among the global regions, the highest mobile payment penetration rate among Internet users was in Asia-Pacific, followed by Latin America and the Middle East and Africa, as of mid-2017. Also in North America and Europe, mobile payment usage has grown, with competition among mobile wallet providers increasing.