Global online retail sales are rising at double-digit rates, with the emerging markets across Asia, Eastern Europe, Latin America, the Middle East and Africa growing even faster. According to one forecast cited in the yStats.com report, the global regions dominated by emerging economies see significantly higher growth rates in B2C E-Commerce revenues than the established online markets in North America and Western Europe.

The four leading emerging markets by online retail growth potential are China, India, Russia and Brazil, together projected to generate more than USD 2 trillion of E-Commerce sales by 2025. Other growth champions covered in the yStats.com report include the countries of Southeast Asia, Mexico, Turkey, Egypt and others. In many of these and other emerging economies the online retail market is in early stages of development, accounting for only a small single-digit percentage of overall retail sales, signaling room for further growth. China is the one exception with already a double-digit share of retail transacted online. 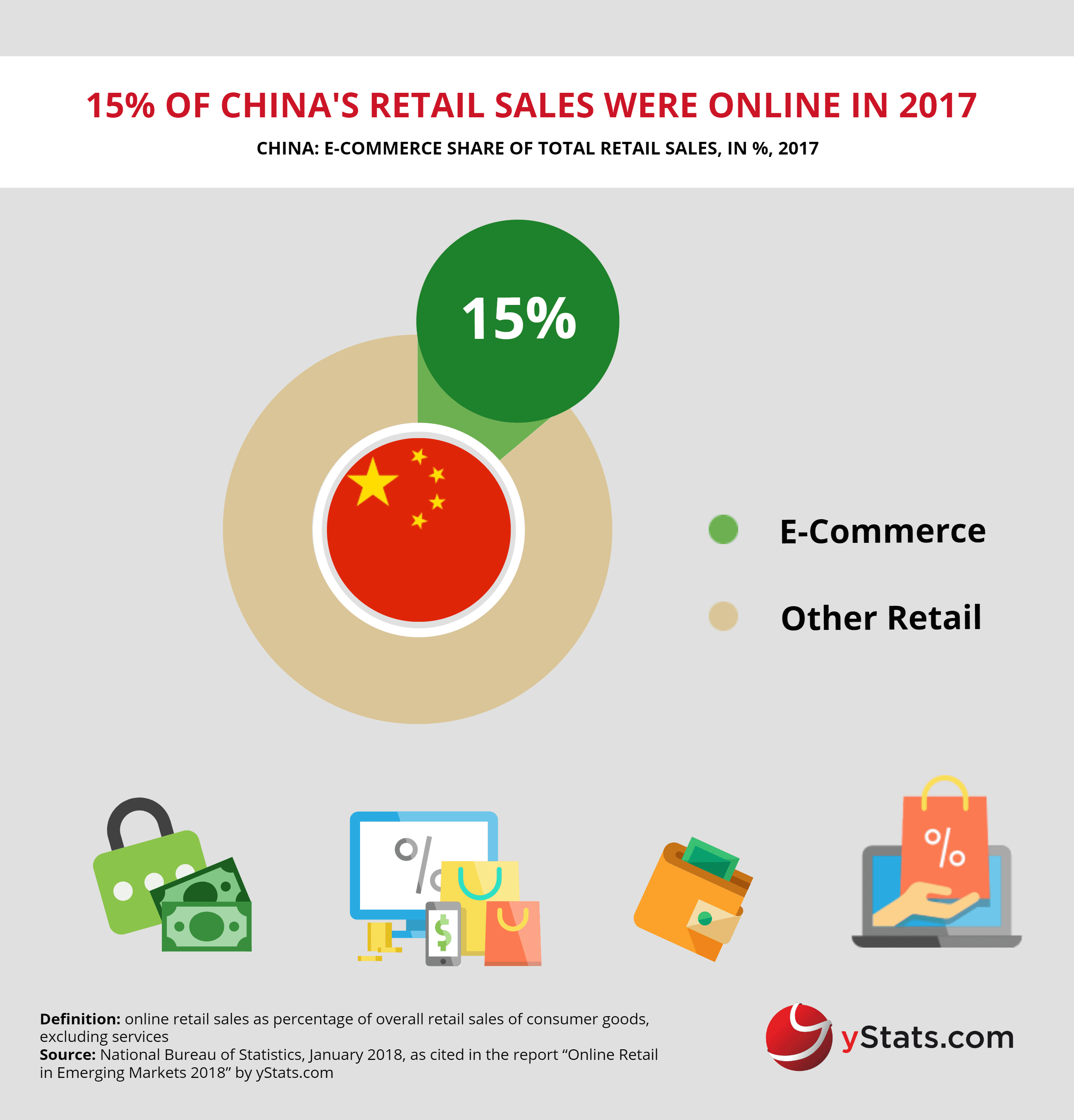 The world’s largest E-Commerce companies, Amazon and Alibaba, intensify their efforts to tap into the fast-growing online retail market in emerging economies. Amazon acquired the Middle East’s leading E-Commerce platform Souq.com in 2017, while Alibaba directed its investments into Southeast Asia. Multiple local players also benefit from the E-Commerce boom in emerging markets, such as Flipkart in India, Wildberries in Russia, and MercadoLibre in Latin America.