According to the findings of the new report from Germany-based secondary market research firm yStats.com, alternative online payment methods, led by digital wallets, are projected to overtake payment cards in share of global E-Commerce sales by 2021. The report, titled “Global Alternative Online Payment Methods: Second Half 2017” also contains ranks of payment methods used and preferred by online shoppers in more than 30 countries worldwide.

By 2021, alternative payment methods are projected to account for around three-quarters of E-Commerce payments worldwide, according to a forecast cited in yStats.com’s report. E-Wallets such as PayPal and Alipay are expected to make the largest contribution of close to one-half of online retail sales at the end of the forecast period. The trend towards increased usage of digital wallets and other alternative online payment methods is pronounced in multiple countries around the world, and in cross-border online shopping, E-Wallets were already ahead of credit cards in global online shoppers’ preference in 2017.

Asia-Pacific has taken the lead in promoting alternative online payment methods. As of 2017, digital and mobile wallets accounted for nearly 50% of E-Commerce sales in this region, according to one estimate cited by yStats.com. In China, online payment volume processed by third-party providers including Alipay, Tenpay and others is growing at double-digit rates, and even in countries where credit cards traditionally dominate E-Commerce payments, such as in Australia, E-Wallets have seen their share increase rise. Also in Europe digital wallets rank as the most preferred payment method of online shoppers on a regional average. In some countries, however, including France and Belgium, credit cards still rank the highest. 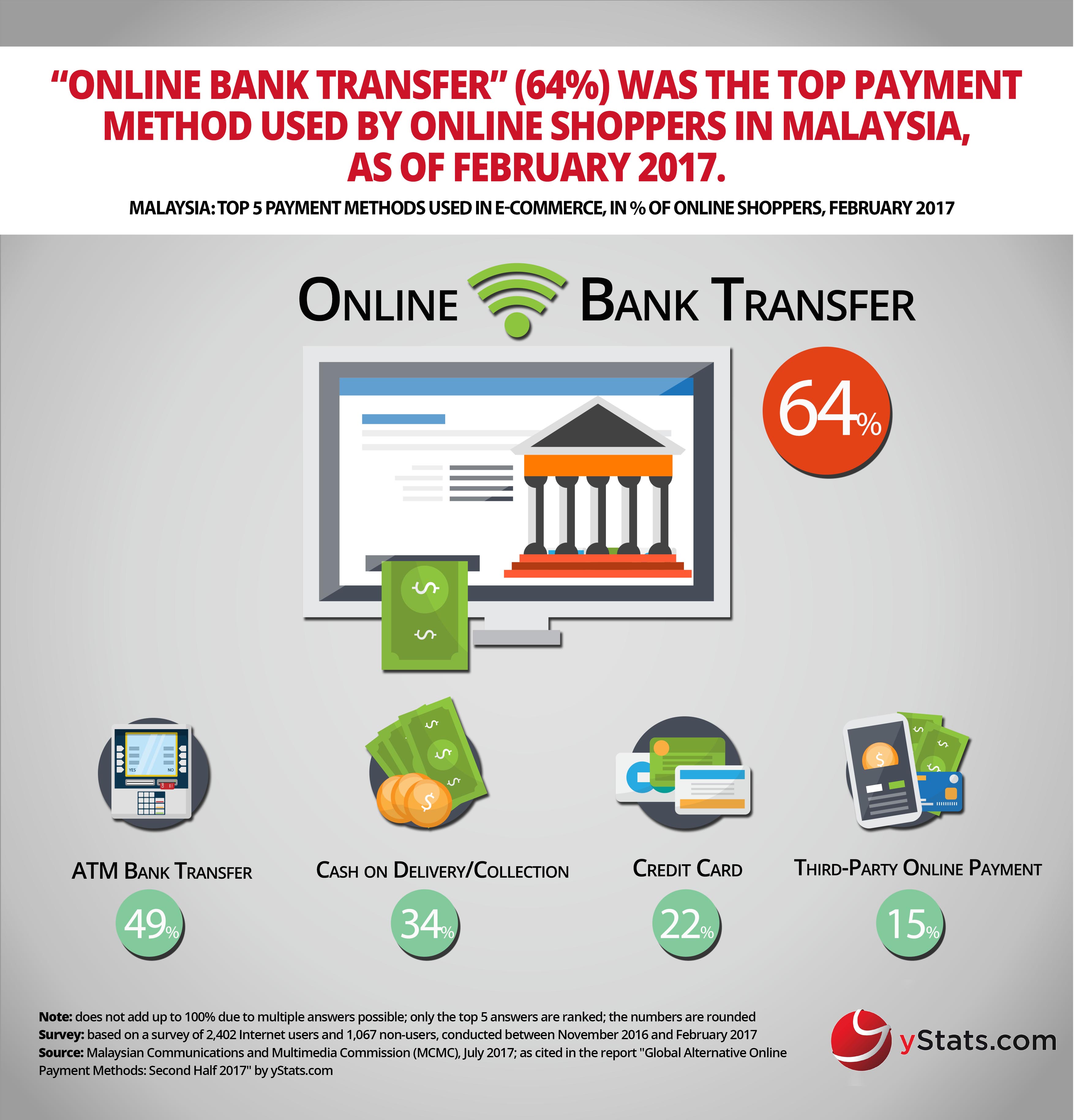 Besides E-Wallets, other leading alternative online payment methods include bank transfer, especially popular among Southeast Asian nations, and cash on delivery, still significant in selected countries of the Middle East and Eastern Europe, according to consumer surveys in the yStats.com report. Moreover, several local alternative payment methods have high usage rates in their respective markets, such as iDEAL in the Netherlands, Boleto Bancario in Brazil and payment at convenience stores in Japan.