Although smaller in size compared to Western Europe, Eastern Europe’s B2C E-Commerce market is growing more rapidly, spurred by increasing online shopper penetration. The region’s top market, Russia, is projected to nearly double online retail sales between 2019 and 2023, according to the forecasts cited by yStats.com. Other countries are also expected to experience a double-digit growth rate in 2019 and beyond.

Another major finding revealed in the yStats.com report is that alternative payment methods have the lead over bank cards in terms of online shoppers’ preference in most countries of Eastern Europe. Less than a third of countries covered in the report had credit or debit card as the top payment method used by online shoppers. Although this includes some of the region’s largest markets, such as Russia and Turkey, in the majority of other countries alternative payment methods such as bank transfer, digital wallet and cash on delivery have the upper hand. 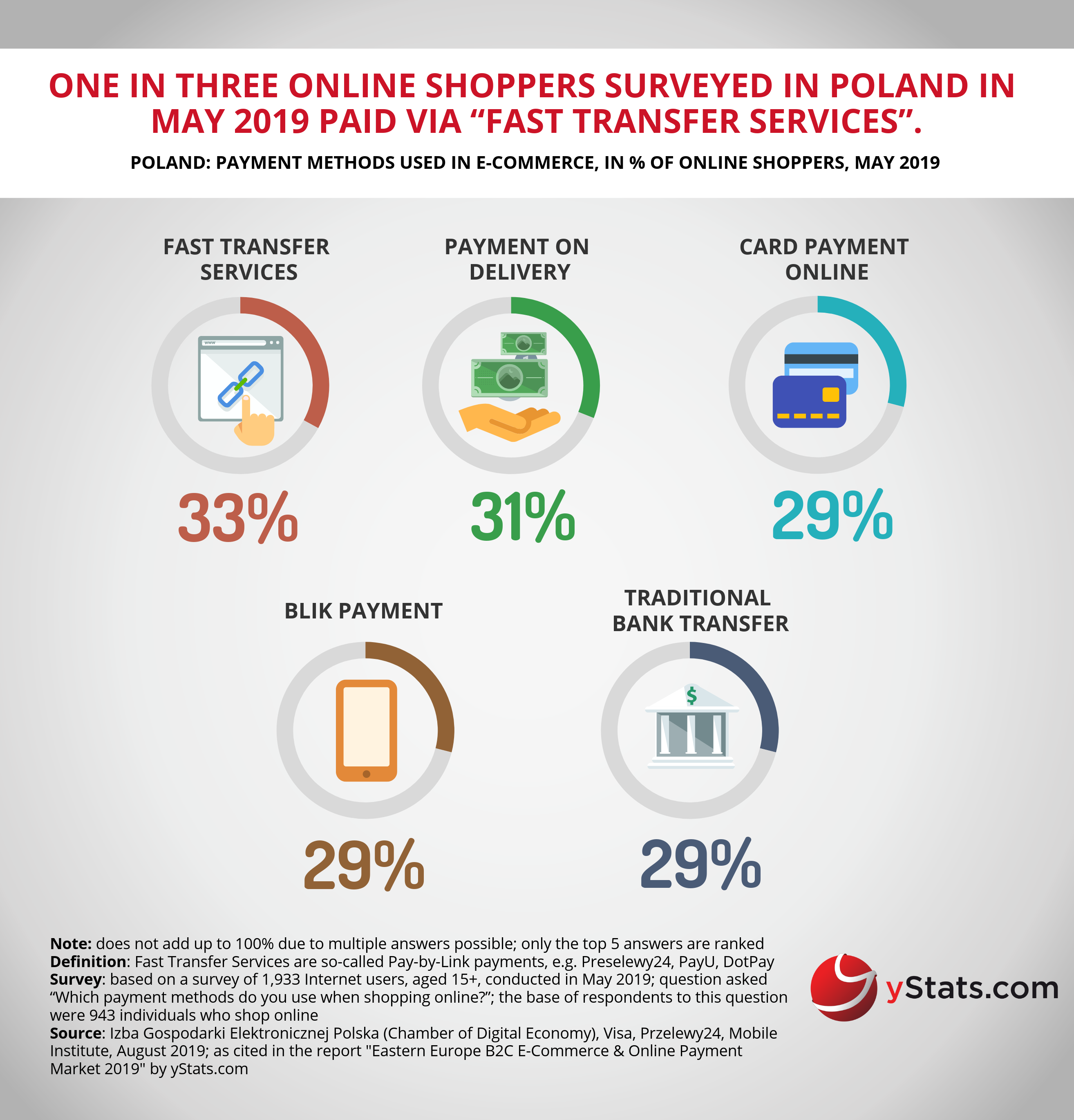 The leading online shopping platforms in Eastern Europe include mass merchants and marketplaces, price comparison portals, clothing and electronics retailers. The websites of local and regional players such as Allegro, eMag, Heureka, Hepsiburada, Rozetka, and Wildberries are in the lead, although cross-border E-Commerce destinations, for example, China’s AliExpress, are also gaining in popularity, as rankings cited in the yStats.com report reveal.