With strong double-digit growth rates, Southeast Asia has moved from the periphery to the very center of the global E-Commerce scene. Although B2C E-Commerce’s share of total retail sales in this region remains low at barely a few percentage points, the market’s potential is high due to rising broadband and mobile connectivity and the consumers’ growing affinity to shopping online. According to sources cited in this report from yStats.com, B2C E-Commerce product sales in Southeast Asia are on their way to reaching a high double-digit figure in billion U.S. dollars by 2025. National governments across the region show support for this growth, having adopted various programs aimed at boosting E-Commerce in their countries. 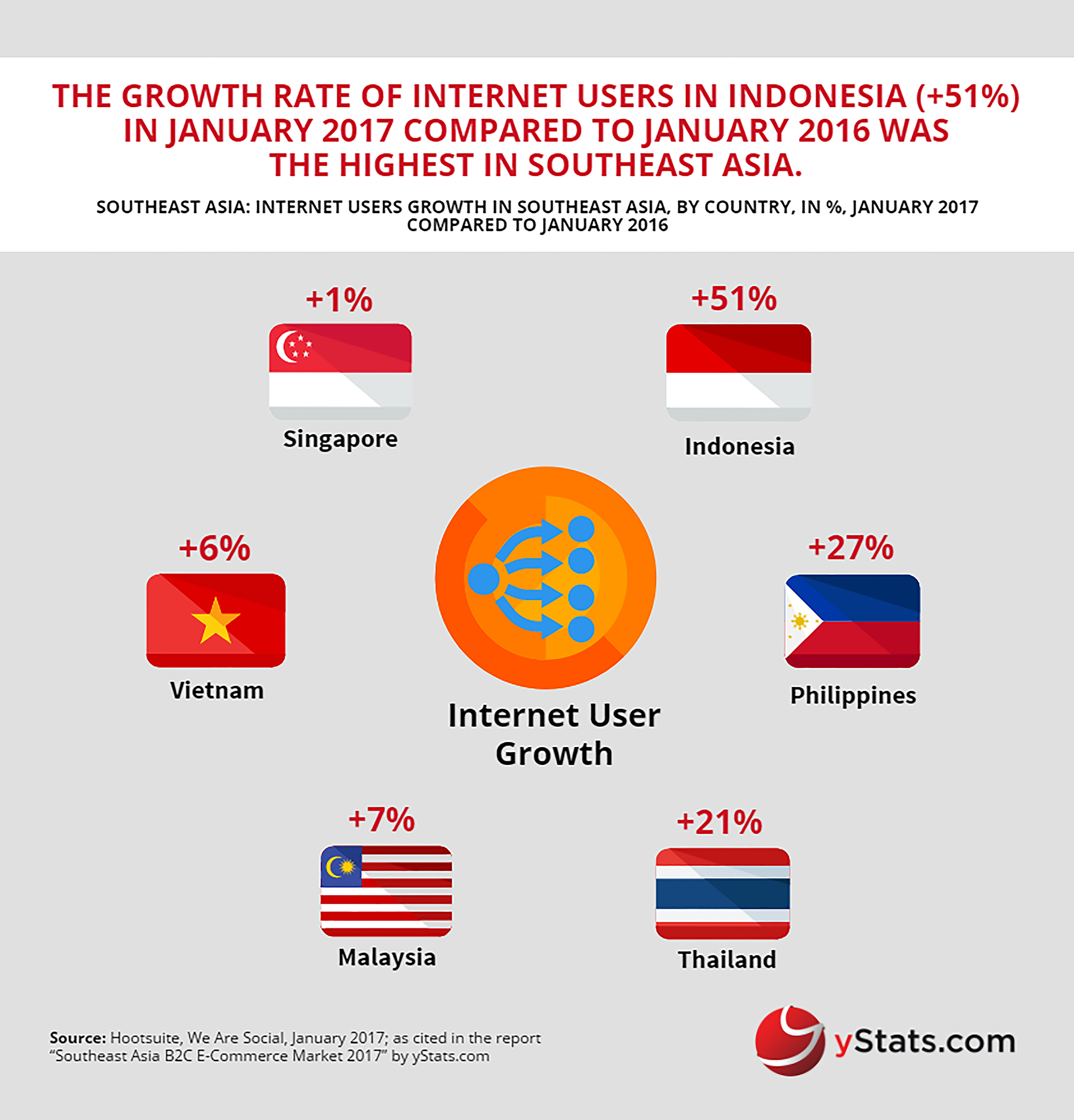 Indonesia is both the largest and the fastest growing B2C E-Commerce market in the region. The fourth most populated country in the world, Indonesia sees rapid growth of online retail characterized through strong mobile and social commerce trends. Two thirds of online buyers in this country made purchases from smartphones in 2016, and more than one-half of them recognized Facebook as a major platform for buying and selling online, according to surveys unveiled in yStats.com’s report.

Thailand has the second largest online retail market and is a regional leader in M-Commerce penetration. As yStats.com’s report shows, close to 50% of online spending in this country was done on mobile in 2016. Singapore, on the other hand, is the most advanced of the pack, with the highest current B2C E-Commerce share of retail sales, Internet penetration and speed, and is also the country with the most pronounced cross-border online shopping trend. Malaysia also boasts a relatively high penetration of Internet users, but only around one-third of them shopped online, with clothing as the most demanded product category. Online retail in Vietnam and the Philippines is nascent but growing at a rapid pace, outshone only by that of Indonesia.

Alibaba Group’s Lazada is a strong market player in Southeast Asian E-Commerce, ranking as the most visited E-Commerce website in the majority of the six countries, according to data contained in the yStats.com’s report. There are also several major local competitors in each of the markets, such as Mobile World in Vietnam, 11Street in Malaysia, and Giosis in Singapore. Moreover, Amazon is an important market influencer despite the absence of local operations. Overall, the marketplace model seems to dominate the online shopping landscape in this emerging region.