B2C E-Commerce is still in early stages of development in Latin America.

B2C E-Commerce in Latin America is still in the early stages of development, as online retail sales volume of the region is among the lowest in the world. Growth potential exists due to the high adoption of global E-Commerce trends, such as M-Commerce, cross-border online shopping and omnichannel shopping. For example, M-Commerce in Latin America is projected to grow faster than overall online retail sales due to increasing smartphone penetration and mobile payment adoption.

Brazil is the largest and the most developed E-Commerce market in Latin America.

E-commerce in Brazil continues to show positive growth and remains the largest online retail market in Latin America. Despite a declining M-Commerce growth rate, mobile transactions accounted for almost one-third of total online transactions last year. Brazilian consumers mainly use mobile devices for researching products, as in 2017 the average conversion rate on mobile was two times lower than on computer. Among the most purchased categories via mobile devices are the low value products such as “clothes” and “prepared food” and higher value “electronics”.

M-commerce is flourishing in the Latin America region.

Mobile commerce, with a double-digit growth rate, is also a strong trend in Argentina, where a fourth of online shoppers made their latest purchase via smartphone last year. The MercadoLibre app was the most used shopping app in terms of number of orders received in February 2018, followed by the Wish and Alipexpress apps. In Mexico and Colombia, M-Commerce growth is driven by a high smartphone Internet user penetration, which is almost two times higher than the laptop Internet user penetration. 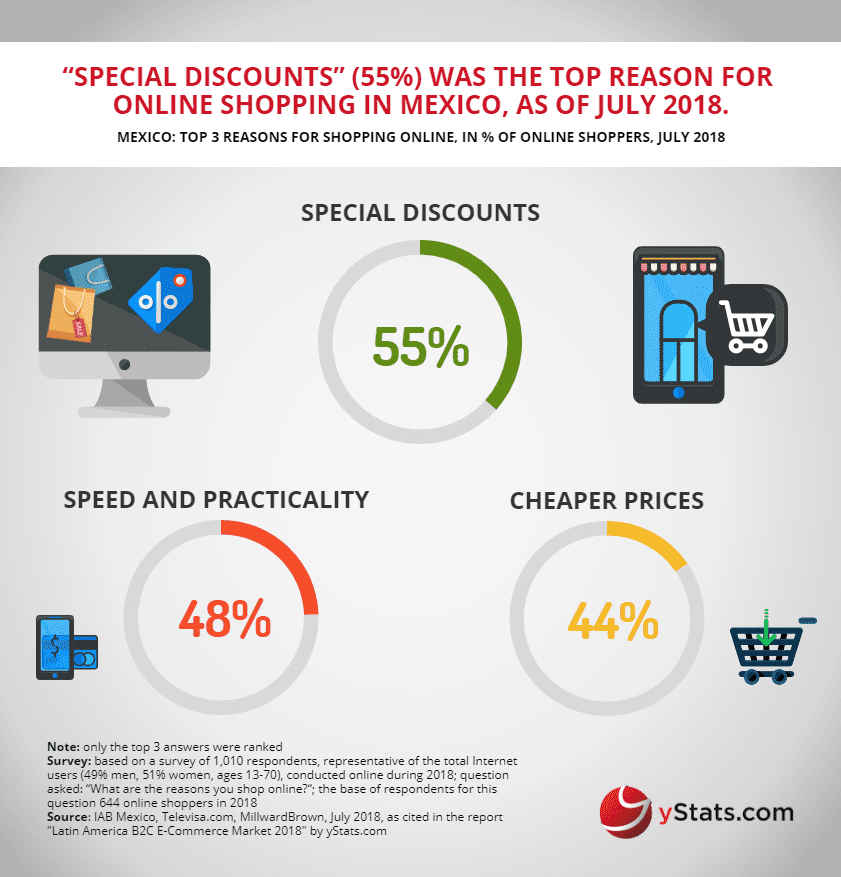 Although the region has shown recent impressive results in M-Commerce, concerns about transaction security, sharing of personal data, and delays in delivery or other shipment issues remain the top barriers inhibiting the growth of E-Commerce in Latin America.