With a share of about one third of global B2C E-Commerce sales, China is undoubtedly the largest E-Commerce market in the world. Furthermore, in 2017, this share is expected to reach over half of global online retail when including C2C sales. Already considered a quite advanced E-Commerce market, China is experiencing a transition from largely C2C to B2C E-Commerce, with online sales accounting for a double-digit percentage of total retail sales in 2016. Even with this maturity, there is still more room for growth.
Internet penetration covered about half of China’s burgeoning population by 2016 and as this rate grew, the number of online shoppers doubled in the same time period, accounting for more than half of Internet users. Nearly half of China’s population comes from rural areas and though their Internet penetration rate is less in comparison with urban areas, these populations are expected to supply a major share of new online shoppers. Third party sources predict that nearly two-thirds of new digital buyers will come from rural China. At the same time, digital consumers in urban areas are expected to increase their online purchasing frequency.
Along with maintaining the world’s largest B2C E-Commerce market, China is also a global leader in M-Commerce. Nearly all Chinese Internet users accessed the Internet via a mobile device and more than half of those users made mobile purchases. As of 2015, the mobile share of total E-Commerce sales in China was already at more than half and is forecasted to increase by a double digital percentage through 2019. What’s more, downloading a mobile app was the preferred way of nearly half of online shoppers in China to access E-Commerce platforms in 2016 and a large majority of these online consumers installed two or three shopping apps such as Taobao, Tmall, JD.com and VIP. There is also an interesting trend of making digital purchases through a popular mobile messaging app, WeChat.
The leading E-Commerce platforms Tmall.com, JD.com and Vipshop.com controlled more than two-thirds of B2C E-Commerce in China in 2016. The largest of the three, Tmall.com, a B2C marketplace of the Alibaba Group, recorded almost half a billion website visits during November 2016 alone. Both Tmall.com and JD.com are actively exploring the potential combination of on and offline channels through investments and strategic partnerships with major store-based retailers. 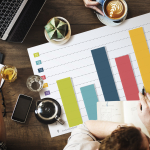 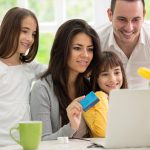