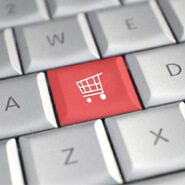 The Polish B2C E-Commerce market is in its emerging stage, with the levels of Internet penetration, online shopper penetration and spending continuously rising and driving the growth of the market but still lagging behind the more advanced European markets. In 2015, B2C E-Commerce was estimated to account for around 5% of total retail, indicating significant potential for future growth.

Among the main trends rising in Poland are cross-border E-Commerce and mobile shopping. Compared to other EU countries, Poland had a lower share of online shoppers involved in cross-border purchases in 2014, but their share keeps increasing each year. With the European Union-wide regulatory drive to foster cross-border online purchases, the trend is likely to continue and perhaps even intensify in the future. Despite this, at present the most recognized and popular destinations for online shoppers in Poland remain local auctions and classifieds websites and stores, among which are competitors such as Allegro and OLX.

Another area of E-Commerce showing even higher growth rates in 2014 and 2015 was mobile shopping, which significantly outpaced the rate of growth of overall online purchases. With increasing rates of adoption of mobile devices and rising mobile Internet access, traffic to E-Commerce websites is increasingly stemming from the devices, especially smartphones which accounted for close to three quarters of mobile traffic in early 2015, with the remaining share going to tablets.

Therefore, Poland with its significant population size, central geographical location and relatively good economic performance in recent years, is likely to remain among the growing and potentially booming B2C E-Commerce markets in Europe.

Further insights into the development of Polish online retail can be found in our report “Poland B2C E-Commerce Market 2015”. 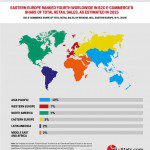