“In Europe, furthermore, the shares of cross-border B2C E-Commerce declined in 2020 and in some countries quite substantially, on the authority of Eurostat in January 2021”

68% of consumers surveyed across 11 countries globally purchased cross-border online at least once in 2020, amid COVID-19.

China, the United States and Germany were top countries to shop online from in 2020. Nearly 70% of shoppers worldwide made an online purchase cross-border at least once in 2020, according to eShopWorld cited by Chain Store Age in January 2021. With that, the most popular destination to purchase online from in 2020 was China, followed by the United States and Germany. In the countries of Asia-Pacific the most popular marketplace origins for online cross-border shopping were China, the United States, Japan and Australia. Whereas, in many countries of Europe, consumers made online purchases mostly from China and Germany in 2020. Furthermore, Chinese and the United Kingdom’s marketplaces were one of the most popular in North America in 2020, as stated by IPC in 2020.

“In the countries of Asia-Pacific the most popular marketplace origins for online cross-border shopping were China, the United States, Japan and Australia”

During the pandemic in 2020, online consumers most commonly shopped cross-border for “fashion” products. However, there were also some other categories preferred among consumers amid the health crisis. In South Korea, particularly, other than “fashion”, “beverage & food” goods were popular to purchase from abroad, whereas “cosmetics” were high on South Korean exports, according to Statistics Korea in November 2020. In Australia, aside from “fashion”, people tended to also buy “games & toys”, stated National Australia Bank Economics in November 2020. Yet in Japan, popular goods segments sold abroad online were “toys & games”, “music”, “fashion” and “cars & motorcycles”, whereas items purchased online from abroad were mostly related to vehicles or videos (movies, DVDs and others), according to Sekaimon and Buyee cited by BEENOS in November 2020.

Fashion” was the most common product category in cross-border online shopping. In a number of nations, domestic B2C E-Commerce prevailed both before the onset of the pandemic, and during it. In the first quarter of 2020, only about one-third of online sales in Germany were made in other European countries or outside the continent, according to Eurostat in January 2021. The same pattern was witnessed in Russia, Poland and Turkey, with the predominance of domestic B2C E-Commerce over cross-border sales in 2020. In Italy, however, the figures were different, the share of E-Commerce companies selling cross-border outweighed those marketing domestically in 2020, as stated by Casaleggio Associati in May 2020. In Latin America, B2C E-Commerce across the borders was also outpaced by in-country sales, according to EBANX in December 2020. 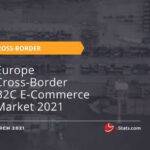 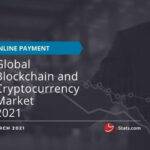