A large majority of the population of Indonesia owns smartphones and nine out of ten Internet users consulted the web daily through a hand-help device last year, according to a source cited in the yStats.com publication. Smartphone is also the most used mode to access online shopping sites and make purchases, contributing to the fact that online shopping in Indonesia is a high single digit percentage of total retail purchases.  The rapid growth of  online shopping has led to attempt by the government early in 2019 to regulate the process, though a final version of the legislation has not been put in effect. 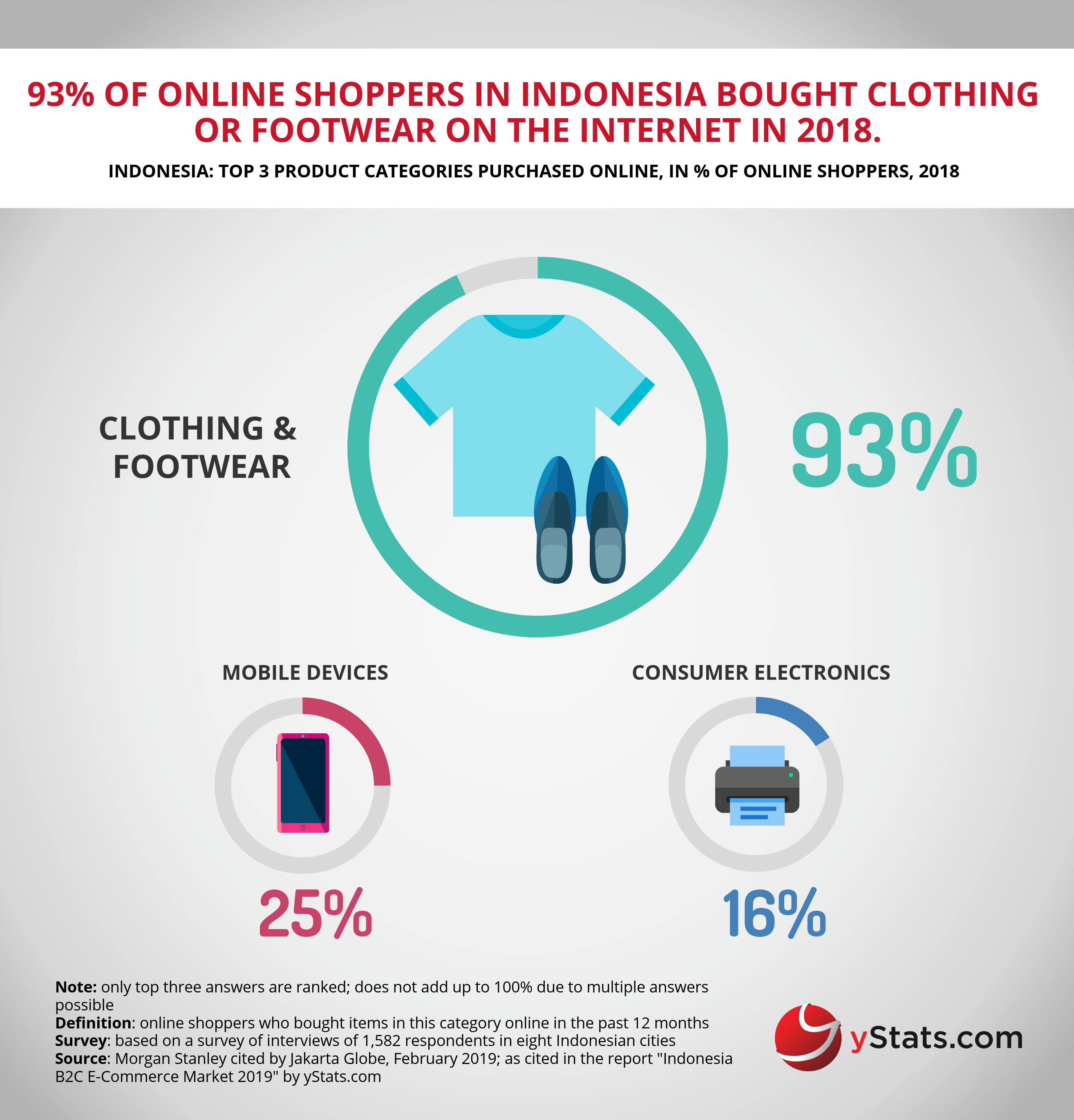 Online shoppers in Indonesia have made fashion items such as clothing and footwear the leading product category purchased through the Internet. The yStats.com report also indicates that smartphones and other consumer electronics are popular items for purchase online.  Groceries are a fast-growing though still small segment of the spectrum of items purchased online.

Trends in payment and delivery of online purchases

Bank transfer is the leading method for online shoppers in Indonesia to pay for their purchases, with cash on delivery in distant second place.  Digital wallets are growing in popularity for online as well as in-store purchases, though their use represents just a small portion of the total payment stream for online purchases, according to the yStats.com publication.  Online shoppers are keen on finding goods that include rapid delivery at no additional cost. Long delivery time and high fees are often cited in surveys as barriers to increased online shopping.

With the recent rapid growth of B2C E-Commerce coupled with considerable potential for further expansion,  Indonesia has attracted the attention of international online sellers, while local players also are widening their offerings. Chinese merchants such as JD.com and Go-Jek, and Singapore-based Lazada are among the foreign companies now well established in the online scene in Indonesia, while domestic players such as Bukalapak are expanding their offerings, according to data in the new yStats.com report.