Germany-based secondary market research specialist yStats.com, has released a new report, titled “Western Europe B2C E-Commerce Market 2019”. The report focuses on the prospects of online retail sales in the top 5 markets of Western Europe, concluding that while the growth rates are projected to decline through 2022, Western Europe remains the largest sub-region in Europe by B2C E-Commerce market size.

Europe’s largest sub-region by B2C E-Commerce sales as of 2019, Western Europe is showing signs of maturity. According to the latest figures cited in the yStats.com report, online shopper penetration already reached above three-quarters of the adult population in countries such as the UK, Germany, the Netherlands, and the Nordics. In the UK, the largest and the most advanced online retail market of this region, close to 20% of overall retail sales in H1 2019 were generated over the Internet. 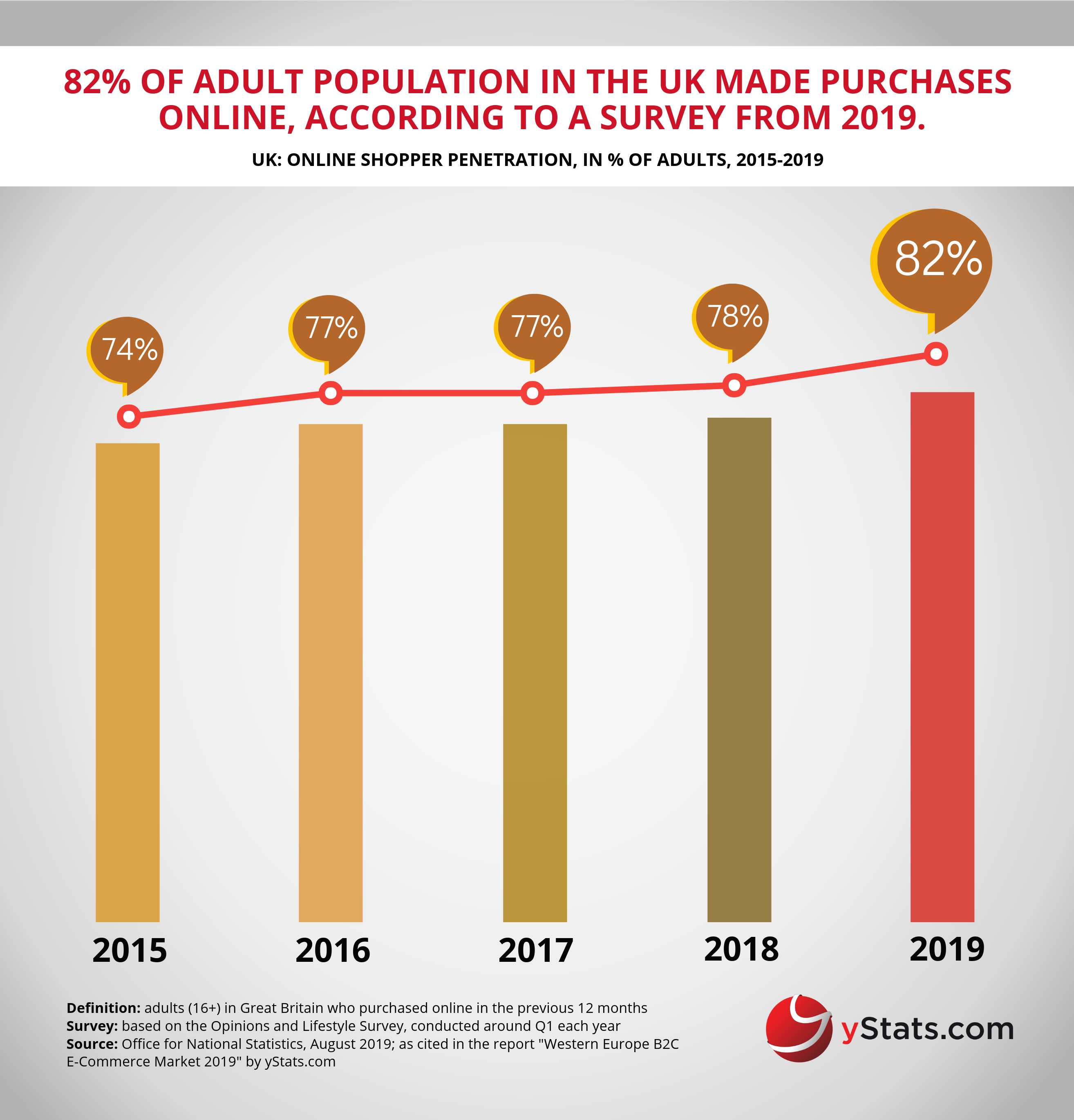 As a result, the growth rate of the B2C E-Commerce sales in the EU-5, including the UK, Germany, France, Italy and Spain, is projected to decline, falling to the single-digits. Nevertheless, online retail sales in the UK, Germany and France are still projected to reach record high levels through 2022, ranking among the top 10 B2C E-Commerce markets worldwide. Italy and Spain, due to lower current online shopping penetration rates are projected to grow even faster than the three Western European leaders, according to the forecasts cited in the yStats.com report.

The common B2C E-Commerce market trends across the countries of Western Europe are mobile and cross-border online shopping. Furthermore, the awareness and usage of omnichannel services such as Click & Collect is on the rise, especially in the UK. In addition, consumers in France are already trying out shopping via AI-powered voice assistants. In Germany, online shoppers are increasingly buying from E-Commerce marketplaces, with Amazon’s marketplace accounting for around half of the country’s online retail sales growth in 2018. Other leading market players in Western Europe include Sainsbury’s and Tesco in the UK, Otto Group and Zalando in Germany, and Cdiscount and Vente-Privee in France.