Germany-based secondary market research specialist yStats.com has published a new market report “North America B2C E-Commerce Market 2017”. According to this research, online retail in North America continues to evolve at double-digit rates, spurred by mobile commerce, omnichannel shopping behavior and new technologies. The leading competitor both in the USA and in Canada is Amazon, although several other market players are also on an expansion course.

B2C E-Commerce sales in North America are projected to maintain a compound annual growth rate in the double-digits through 2021, according to market forecasts cited in this report by yStats.com. Compared to other global regions, North America is projected to remain second both in online retail market size and in E-Commerce’s share of total retail sales. The evolving consumer behavior and new market trends, such as mobile commerce, web- and showrooming, shopping via voice-enabled virtual assistants and chatbots, are expected to stimulate further growth of B2C E-Commerce sales. 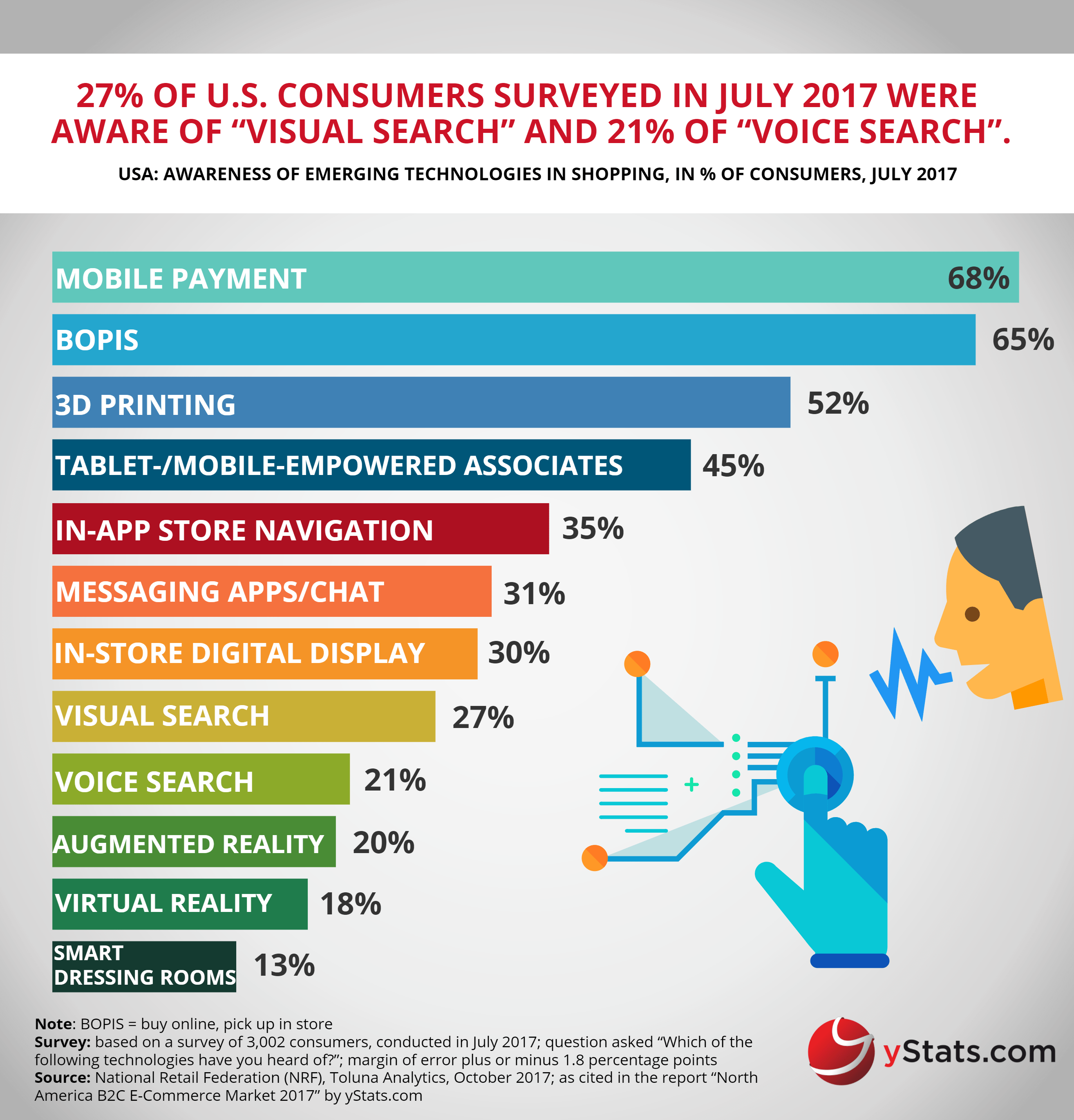 The USA accounts for the majority of North America’s online retail sales, being around 15 times larger than Canada in terms of B2C E-Commerce market size in 2017. Despite the advancing maturity, E-Commerce revenues still outpace overall retail sales in the USA in year-on-year growth rate, incentivizing traditional brick-and-mortar retailers to turn to digital channels for sales expansion. Among them, Walmart targets a high double-digit increase in E-Commerce sales for the next year following investments in marketplace and delivery offerings. With competition increasing, established online market leaders also have to find new ways to attract digital shoppers. For example, eBay launched a new search option where users can upload pictures directly from their phone and search for similar items on the marketplace, while Amazon, the leading competitor with a market share of around one-third, offers its Prime members the ability to re-order items using voice command with virtual assistant Alexa. This service could help Amazon’s market share grow still further, given that around one in two consumers who already use voice-enabled assistance devices for shopping report fewer in-store purchases as a result, according to a 2017 survey cited in yStats.com’s report.

Amazon is also leading the Canadian online retail market, which is less advanced compared to the U.S. but is also growing at double-digit rates. Around one in two consumers in Canada visit Amazon’s site at least on a monthly basis, and the conversion rate is significantly higher than for Canadian retailers, according to survey results cited by yStats.com. Overall, Canada’s B2C E-Commerce market is under the influence of imports from the USA, with more than half of online shoppers making purchases cross-border. Nevertheless, E-Commerce sales of Canadian retail incumbents are also rising, driven by increased investments into digital channels. The shopping behavior of consumers in Canada also points to potential cross-channel synergies. For example, around one-third of online shoppers frequently do their product research online before making a purchase in-store, while a double-digit share at least occasionally browses products in-store prior to buying them over the Internet.