Indonesia, with its 250-million-strong population (far larger than many realise), also, unexpectedly, has a huge and growing jobs market.

A recent report by McKinsey in September shows the country is on track to become the world’s seventh largest economy by 2030, ahead of the UK and Germany.

Meanwhile, Indonesia’s Internet users are expected to hit 100 million by 2016, according to a report by yStats.

“When I came back to Indonesia for the first time in seven or eight years in 2012 from Taipei, I saw that everything was growing very rapidly. Especially in the Internet, I saw a big opportunity… I thought it was time to do something here. I should contribute to this country,” Chris Liu, Co-founder and CEO, KerjaDulu told e27.

Liu, 40, an award-winning serial entrepreneur who was born in Indonesia but spent some 20 years in Taipei, began formulating the business plan for job-seeking platform KerjaDulu in 2012.

He was previously the Founder and CEO of C2 Networks Taiwan; Principal Consultant for Digital J. Walter & Thompson; and General Manager for 24/7 Media.

KerjaDulu, which Liu describes as a mix between traditional jobs boards with newer social media elements intertwined, was founded around May/June 2013 with Co-founder and CTO Bruce Sung, 37. Sung overseas the engineering operation and is currently based out of Taipei. Liu, meanwhile, spends most of his time in Jakarta with the team there.

The platform was officially launched in January 2014, and received anundisclosed angel round on October 29, 2014 from Budi Setiadharma, Chairman and President Commissioner of Indonesian conglomerate PT Astra International, who, Liu said, decided to invest after just one meeting.

The site currently has over 1,000 companies (including big names like Baidu, Rakuten, Zurich Insurance Group, Faber-Castell and MNC Play Media) and 30,000 users registered (registration through Facebook is an option, but not yet Google). In addition, it has captured around 300,000 unique email addresses.

Liu said monthly return rates to the site stand at 23 per cent, with conversion rates slightly higher at 30 per cent.

Growth potential, however, remains huge. Liu estimates that Indonesia has some 50 million small and medium-sized enterprises (SMEs), and around 55 million companies in total. His goal for KerjaDulu over the next few years is to get at least 10,000 companies on board.

“It’s time for innovation,” he said of Indonesia’s current job-board platforms. “To me, going through piles or resumes is no longer enough. That’s why we’re bringing this more effective way for people and businesses to interact.”

Right now, KerjaDulu remains focussed on the Indonesian market, but it’s not ruling out expansion in the long-term.

“The business model we’re doing right now can go public and be traded on the market… Hopefully we can get more companies on board after we launch our next round of marketing next month,” Liu said.

The team currently consists of a Taipei-based engineering/development team of around seven or eight overseen by Sung, who is himself Taiwanese, and 10 in Jakarta under the wing of Liu. Ultimately he wants a local engineering team based in Indonesia.

Describing the user experience of KerjaDulu as a platform, Liu said, “It’s a little bit of a Facebook experience. You can post your status updates, photos, videos, links, and write your resume. Basically, your profile is your resume. If it is incomplete, you cannot apply for jobs or make connections.”

How does LinkedIn figure into all of this? Is it a competitor to what KerjaDulu is doing, or are the two platforms too different to be easily compared?

“I think it’s different. There is probably room to partner (with LinkedIn), but our target markets are a little bit different. They are more into very senior talent, whereas we are targeting more the mid-level,” he said.

KerjaDulu will be launching an Android app in early 2015, but doesn’t have an iOS option in development at present.

As mentioned earlier, Liu is a man with some serious clout in the region and industry. Above and beyond the companies already mentioned, he has also been a prolific award winner.

He is also a Red Herring Top 100 Asia winner and a recipient of The National Gold Award from Taiwan Ministry of Economic Affairs.

If you’re an Indonesia-watcher, be sure to keep your eye out for KerjaDulu. With a man like Liu behind it, you can be sure the startup will be going places. 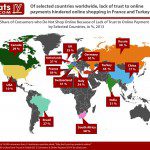