Recently released figures show that the world-wide online gaming market will reach a staggering $41.4billion by the end of 2015, exactly tripling in size since 2005.

The German research organization Statista also revealed that the European market is the biggest of all, accounting for about 1/3 of the annual revenue which covers all forms of online gambling including poker, casino games, sports-betting, lotteries and bingo.

Last year’s figures of $39bn look set to increase year-by-year by a ‘single digit growth figure’, with online casinos and sports-betting being the major players in the market. The increase in smartphone and tablet gambling is also set to spiral, with estimates of $100,000,000 of bets being placed by 2018.

A report earlier this year by ystats, who compile statistics from all the major sources, looked at the Global Online Gambling and Betting Market 2015 and came to these conclusions after analysing secondary data from all continents. Mobile device gambling was a core statistic, with 164 million users expected within the next three years.

The Amaya Inc. acquisition of PokerStars is seen as a major boon to the growth in the sector’s profitability and both PaddyPower and WilliamHill – big players in the UK market – are singled out for 20%+ revenue growths among the leading companies. Bwin.party, recently acquired by GVC Holdings, were less impressive, although their new owners will doubtless be looking to turn their performance around.

Despite the massive figures for online gaming predicted by the data specialists, they are still dwarfed by land-based gambling which is expected to return a profit of some $360bn world-wide this calendar year. As opposed to Europe’s lion’s share of the online market profits, land-based gambling’s leading market is the US.

Last year it added $240bn to the US economy, providing over 734,000 jobs and according to a spring 2014 survey by Nielsen Scarborough, close to 80 million Americans claimed to have visited a casino in the previous 12 months. 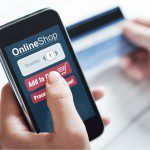