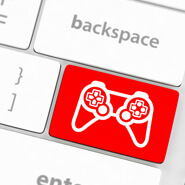 An important element in the shift from traditional video games to digital games segment worldwide has been the rise of the free-to-play model. Under this model, games are free to enter, while revenues are generated from sale of additional features and other upgrades through in-game transactions.

In advanced markets, the rise of free-to-play accompanied the growth of mobile games. As revealed in our recent report, in Germany in-game micro-transactions more than doubled revenues last year, while at the same time smartphones and mobile phones overtook computers as the devices most used for play. In France, where computers and consoles are still the number one and number two devices for gaming, free-to-play is the most popular game type played on smartphones, while in desktop games it is second to subscription-based games.

Free-to-play is an important trend in emerging markets also. In countries where high piracy rates have long disrupted the development of the games market, free-to-play emerged as a solid alternative. In countries such as China, Russia and Brazil it stimulates the growth of the whole gaming market. In Russia, the share of gamers paying in casual games grew significantly in recent years, while in China the virtual goods sales grew to a multi-billion market (in local currency) and in Brazil more people are playing games online than downloading them.

For more information on this topic, see our recent report “Global Online Gaming Market 2015”, as well as press release and infographics to it.

Whats_On Africa: NIGERIA: A MOBILE RETAIL REVOLUTION IN THE WORKS? 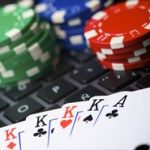