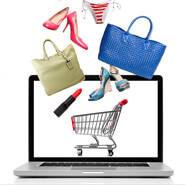 In the search for more convenience, consumers worldwide have come to expect greater omnichannel capabilities from both online and traditional merchants. As revealed in our recent report, surveys show that consumers expect at least to be able to view in-store inventory online, use click-and-collect and have the option of returning items purchased online in-store. While the rise of click-and-collect gives a clear advantage to traditional retailers, some online pure-plays also cooperate with store-based merchants to enable the option and some have launched their own physical space initiatives. In 2015, Amazon launched its first staffed pick-up and drop-off location at Purdue University in the USA.

Two major phenomena in omnichannel are webrooming and showrooming. At first, many retailers were wary of the showrooming trend, where customers came to their store to research, to see and touch or try on the products and then purchased them online. However, more recent surveys indicate that webrooming has become an even bigger phenomenon, with customers researching their purchase and comparing options online before buying items from a physical store.

For more information on the omnichannel trend worldwide, check the key findings of our report “Omnichannel Trend in Global B2C E-Commerce and General Retail 2015”.

Mobile, cross-border and omnichannel are the key words for clothing B2C E-Commerce 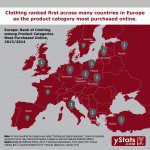