5 reasons why Africa is fertile ground for blazing ecommerce growth

Do not be surprised if you come across news that says ecommerce is dramatically spreading its wings in Africa. There is no doubt digital commerce is heading Africa’s way. According to a report, by the Hamburg-based business intelligence organisation yStats.com, ecommerce has tremendous growth potential in Africa.

Though a late entrant, Africa is seen by industry giants as one of fastest growing ecommerce markets in the world.

So what is it that’s made the African landscape ripe for ecommerce growth?

A growing number of young, internet–savvy Africans are triggering the growth of internet across many countries in the continent.

With over 33% of Nigerians having access to reliable internet connection, Nigeria is witnessing an internet boom that is enabling ecommerce to take off smoothly in the country. Having eclipsed South Africa as Africa’s largest economy, Nigeria is now the growth engine of the African ecommerce industry.

Also, over half of internet users in South Africa, the second biggest economy in Africa, shop online at least once in a week. The prevalent use of internet and availability of a large number of local online shopping websites has increased the sales of local vendors plying their trade on the World Wide Web.

The African continent is filled with digital opportunity and many industry stalwarts are investing in it; this has created a forward momentum that is driving ecommerce growth in Africa.

Another fact you must keep in mind is that seven out of 10 of the world’s fastest growing economies will be in Africa by 2015. This has created a strong market for smartphones because they are an indispensable part of the modern digitised economy.

The lowering of smartphone prices and entry of key international mobile service providers has seen a spurt in the adoption rates of mobile telephony in Africa. With over 87 and 20 million mobile users in Nigeria and South Africa, respectively, mobile commerce is growing at a steady rate in the African continent.

Africa has witnessed a dramatic rise in mobile device transactions and one of the testimonials of this fact is that 19 million of Kenya’s population of 44 million uses M-Pesa mobile money services. This has enabled the masses to tap the benefits of ecommerce. Mobile payment and online shopping are helping them overcome the barriers of time and distance and get their hands on the products they need.

While Nigeria leads the pack in terms of countries witnessing high economic growth, closely followed by South Africa, even lesser known countries like Morocco, Senegal, Kenya and Mozambique are making their presence felt on the economic map of Africa.

The growing middle class in these countries has more spending power and wants better product and services within shorter delivery periods. They see ecommerce as a great way of satisfying their needs and requirements in this regard.

Hence Africa is witnessing a surge in online shopping. Even an African bank like the Central Bank of Nigeria is encouraging people to adopt the cashless route while making purchases. The aim is to reduce cash-based transactions and ecommerce is playing a big role here.

The growth of the African middle class and its subsequent impact is being felt across Africa. With the growing middle class seeking better shopping experience and price control, the stage is set for big players and startups to improve their services and tap the huge opportunity that lies in the ecommerce sector in Africa.

Ecommerce offers a fantastic opportunity to people living in far-flung areas or regions where physical access to a good brick and mortar store is a big challenge. In this scenario, domestic and international ecommerce websites offer to deliver high quality local and international products, to the doorsteps of consumers. This is another huge benefit that is fuelling the growth of ecommerce in Africa.

Consumers are fast realising that they have access to the best products and services online. They don’t have to live with the fact that there is no good brick and mortar store in their neighbourhood that is selling the kind of products they want. They can go the online route to buy these products.

5. People with Deep pockets are Investing in  Africa

The African growth story has caught the imagination of big players in the world of internet and ecommerce. According to AT Kearny’s 2014 African retail development index, sub-Sahara Africa, with over one billion people has one of the fastest urbanization rates and mobile adoption rates in the world.

As a result, ecommerce giants like Kaymu and Jumia have opened shop in the region, funded by the deep pockets of Africa Internet Group (AIG). Recently Jumia announced fresh investments worth US$150-million.

AIG stands for Rocket and AIG that is committed to investing in building internet infrastructure in the continent to achieve robust digital growth that encompasses ecommerce.

McKinsey, a global consulting company, published a report last year on the role of internet in Africa. The company predicted that the ecommerce market in Africa will grow to $75 billion by 2025.

The fertile ground for ecommerce in Africa is ensuring even local start-ups rub their shoulders with big players to bite deeper into the African ecommerce pie.

Webrooming and showrooming blurring the lines between online and offline 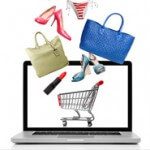