Below you can read useful and relevant information about ecommerce in Poland (last update:January 2014)

Poland in a nutshell
Poland is the ninth largest country in Europe and with a population of over 38 million people, it’s the sixth most populous EU country. In the 18th century Poland was partitioned among Russia, Prussia and Austria and it regained independence at the end of World War I. In the second World War, Poland became a client state of the Soviet Union. In 1989 it regained independence and established itself as a democracy. Nowadays the Central European country is tending more and more towards Western Europe.

Information about ecommerce customers in Poland
As of July 2013 there are 38.3 million people living in Poland, of which 22.4 million are users of the internet. This accounts for 58.5% of the total population. In the summer of 2012, the most purchased products in the Polish ecommerce sector were clothing and shoes, followed by household appliances, consumer electronics and digital media. According to data from yStats.com the most widely offered product categories were home/garden, followed by sports/hobbies and clothing/shoes.

Polish people like to pay their online ordered goods or services via bank transfers. Another popular payment method is payment on invoice. A typical Polish online payment method is PayU, which in Poland is used more often than PayPal.

Information about the ecommerce market in Poland
Ecommerce in Poland accounted for approximately 3% of all retail sales in the country. According to info from Warsaw Business Journal, online sales in Poland grew between 25 and 30 percent year-on-year in 2012. Total ecommerce sales in Poland that year reached 5.76 billion euros. 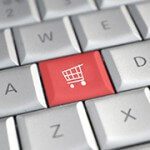